1876: Improvement of White River Above Jacksonport 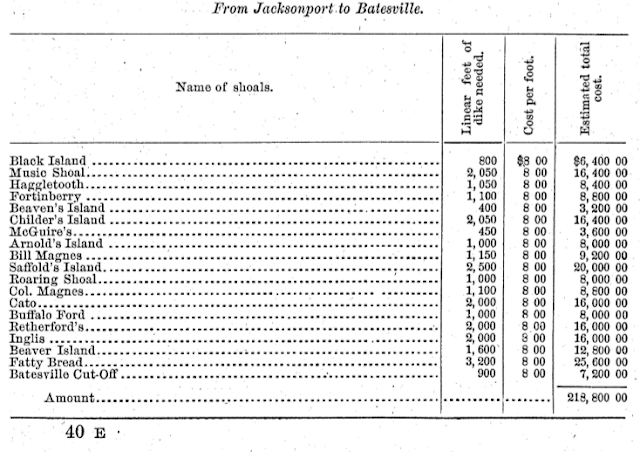 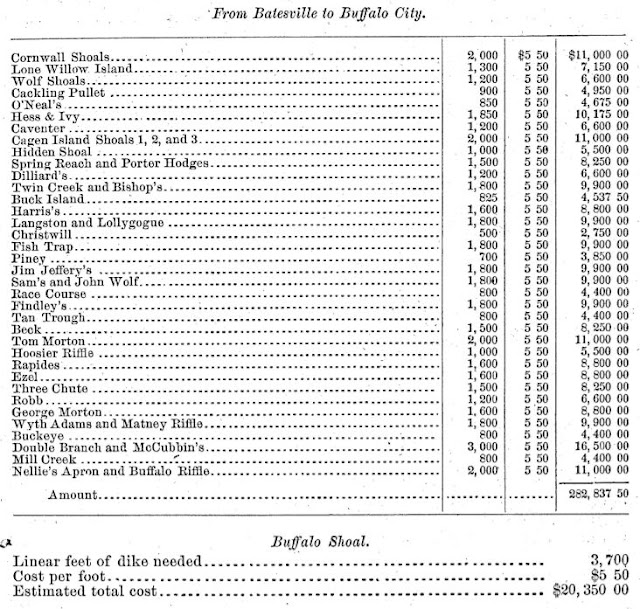 As regards the necessity for this improvement, it may be said that the country bordering on this portion of White River is almost entirely dependent on water transportation, which, from the difficult character of the navigation, is very uncertain and costly. If the facilities for transportation and communication were increased, there would no doubt be a considerable emigration to this country, which embraces much valuable cotton and mineral lands. This is especially true of, the section from Jacksonport to Batesville, to which it would probably be advisable to confine the improvement at first.
The amount of the estimate for surveys and snag-boat work, viz, $57,750, could profitably be expended during the first season.