The Tannehill & McKenney Family
When looking through the Tannehill genealogy, we find there are several variations of the name, such as:
Tanahill
Tannahill
Tanehill
Tannihill
Tanihill
Tannyhill

Alfred W. Tannehill was born in 1805 in North Carolina, and his wife, Nancy Jane Dalton Tannehill, was  born in 1807 in Virginia.  Alfred & Nancy Jane were one of the progenitors of the Tannehill family in the Ozarks.  By 1850, Alfred and Nancy had 8 children:
S. C. Turnbo references Alfred & Nancy Tannehill with their sons Jesse & Newt Tannehill in the story, Forest Scenes that were Funny. 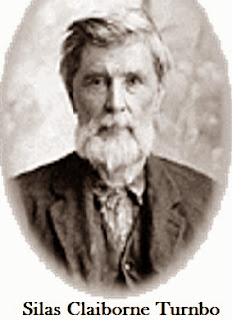 Almost every resident of Ozark and Taney Counties, Mo., knows or has heard of Jesee Tannihill, son of Alphered and Nancy (Dalton) Tannihill, and who was born in Morgan County, Illinois, October 31, 1836.  His parents are both dead and are buried in the cemetery at Protem, Mo….Uncle Jess went on to say that Frank Havens wanted to learn to be a hunter and Newt Tannihill, a brother of mine, who died several years ago and buried at Protem, taught him a lesson or two before Havens started into the woods.  My brother told him that if he shot a deer to make sure that it was dead before he quit it...

...I once owned a 32 caliber Winchester with which I killed 96 deer.  I also once owned a mouse colored mule I called Nellie on which I have carried 140 deer home from time to time...

As it turned out, the Tannehill and McKenney families became inexorably intertwined.

Jonathon & Louisa McKenney had 13 children:
Jonathan and Louisa McKenney lived in Coffey County, Kansas, to be near family during the Civil War.  The McKenney Family was active in the Ninth Kansas Cavalry, and for a portion of the time served the company as body guards for General Blunt.  They participated in the battles of Kane Hill, Prairie Grove, and many minor skirmishes, and was one of those sent to capture Quantrell, who caused the destructive conflagration at Lawrence, Kansas.  The McKenneys also took part in Shelby's raid in Missouri, and assisted in capturing Fort Smith and Van Buren, and had several engagements under General Steele in the vicinity of Little Rock, Arkansas.
They arrived in Blue Township, Jackson County, Missouri about 1867, and they are listed in the 1870 census in.  Jonathan was also enumerated in the same year in the Farmers Index Census for the Jackson County, Missouri, as having 160 acres of improved land.

Family tradition relates that Jonathan and Louisa were murdered by bushwhackers probably between 1870 and 1872 -- and that they are buried in a little cemetery near where they lived, near Independence, Missouri.

Newton Tannehill’s first wife was Martha McKenney and the daughter of Jonathon & Louisa McKenney.  She was born in Montgomery County, Indiana, about 1837. Martha was


Newton and Martha McKenney were married about 1856 in Washington County, Arkansas.  They lived nearby Newton's parents in the township of Vineyard which is in the southwest corner of the Washington County with the county seat being in Fayetteville.

To this union was born Jonathan in Missouri in 1857.  By 1859 Newton and Martha move to the town of Waverly, Morgan, County, Illinois, which is located in west-central Illinois roughly 90 miles north of St. Louis, Missouri, and 30 miles west of Springfield, Illinois.  While in Waverly, their daughter Emily was born in 1959.
Newton's brother, Alfred Jesse "A. J." Tannehill, married Newton's sister-in-law, Mahala Matilda McKenney, on the 15th day of June, 1859, in Washington County, Arkansas.  She was also the daughter of Jonathon & Louisa Butt McKenney.  Newton & Jesse were not only brothers...now, they were brother-in-laws.  Later on, Jesse & Mahala Tannehill were divorced.

Nine months later, according to the 1860 Census, we find Newton & Martha were back living in Vineyard, Washington County, Arkansas, which was close by Newt’s parents, Alfred & Nancy Tannehill.  Newton & Martha began a family: Jonathan, Emily.

When the Civil War was initiated, Newton and Martha moved back to Morgan County, Illinois, and they had two more children added to the family: Frank & May, respectively.  While in Illinois, Newton enlisted in the Union Army on the 1st of July, 1863, at age 27.  He was in the Illinois Infantry of the 10th Congressional District, under Capt. Fry.
On Wednesday, December 23, 1863, Newton & Martha’s last son, Edgar, was born, while Newton was serving in the Illinois Infantry in Missouri.

On Sunday, August 2nd, 1868, - 4 Years, 7 Months, and 10 Days later - little Edgar Tannehill past away, and he was buried in the Rogers Cemetery in Morgan County, Illinois.

Soon after this heartbreaking tragedy, Newt & Martha were no longer married.  I have found a posting online that they were quickly divorced thereafter.  From this point on, I can no longer find any substantial records of Martha “McKenney” Tannehill.  I have found one other reference that she was married to a gentleman with the last name of Osborne, but I cannot validate that at this time.

Next, Newt Tannehill married his second wife, Louisa Diannah McKenney, daughter of Jonathon & Louisa “Butt” McKenney.  Louisa was born on the 21st day of February, 1842, in Missouri.  If these names also sound familiar, they should...because she was the younger sister of Martha McKenney Tannehill.  At one time Louisa was Newt’s sister-in-law, and she was five years younger than her sister.  Newton Tannehill married Louisa in Ozark County, Missouri, sometime in 1869.

By 1870, when the U. S. Census was taken, Newt & Louisa were living in Christian County, Missouri, in the southeast corner of the county, in the Township of Marion.

Louisa answered the census taker on the 10th of August, 1870.  It was recorded that they had recently had a son, Ulysses “Grant” Tannehill, born in the month of May, and both Newt and her could not read nor write.  His occupation was listed as a Farmer, and her duties were listed as keeping house.
On the 18th of July, 1876, Newt & Louisa had their second son, Sherman Patrick “Pate” Tannehill.  His name can also be referenced as: "Pad," or "Dod."   Newt & Louisa also had their first daughter, Maudie Ruth Tannehill, in 1879.
As the children grew up, both boys, U. S. “Grant” Tannehill & S. P. “Pate” Tannehill, became Baptist ministers.

According to  S. C. Turnbo, Newton Charles Tannehill was buried in the Protem Cemetery in Taney County.  His wife, Louisa Diannah McKenney Tannehill passed away on the 22nd day of May, 1920, in the western part of Ozark County and was buried in the Dit Cemetery.


The community of Dit was earlier called Bauff and later called Nance.  Dit had a post-office established in 1900 by George Goldberg and named after his daughter, Dit.  No one seems to know whether Dit was her real name, or whether it was a nickname.  Dit is located 18 miles southeast of Bradleyville, and over time, it has been listed in two different counties by the Missouri Manuals.

Dit was listed:
Faithful Until Death.
Although Newton Charles Tannehill was a Bald Knobber, it was his wife who held firm in evidence & demonstration of true fidelity.  Louisa Diannah McKenney Tannehill was 75 years, 3 months, and 1 day old at her departure of this life.  Near by Louisa's body lies her sister in rest, Mahala Matilda McKenney Wolf who past away the 27th of September, 1913. Mrs. Wolf was not only the sister of Louisa, but she was also once a sister-in-law to her sister because she was also once married to Jesse Alfred "A. J." Tanneyhill.  Additionally, Mahala Matilda McKenney Wolf  was also the wife of one of the six Bald Knobber attorneys, Ferdinand M. Wolf.

Mr. Wolf was born in Germany on the 20th of January, 1826, and he died the 23rd of April, 1918, in Nance, Taney County, Missouri.  Mr. Wolf, who once had a legal practice in Springfield, Missouri, and he gave legal council to at least nine Bald Knobbers, including: "Bull Creek Dave" Walker, Billy Walker, John Mathews, Andy Adams & his son.


Although it may be inscribed small, Faithfulness is a quality that is precious and admired.  It is a characteristic that held firm in the face of adversity for the prosperity of future generations.

Though we are all subject to like passions, we also ascribe ourselves to labels.  These labels often enable us to commit our excuses to patterns that are out of control.  For example, I have often heard some say they cannot control their anger/temper due to the genetic temperament of their family or nationality.


How many hot tempers are out there?

Though we may give warning and tout the flaws of our urges, it is those who reflect the nature of our Creator that people flock to.  For some reason, we are sometimes thrown or willing place ourselves into a labeled box.


In a fallen world, we have the innate & instinctive qualities that long to be developed.  These qualities rarely manifest themselves until struggles, trials, and tribulations are encountered and endured.  Our misfortunes can seem to trundle our hopes into despair.  Frankly, broken expectations will never manifest faith; only God’s Word will do that.

The suffering in this life is our opportunity to purify ourselves for a greater work & witness.  The process is called Repentance.  Therefore, our struggles have the potential to open the eyes of our heart, and trials will give us the strength drop the accusing stones from our clasp.  It is in these heartaches of life that we encounter to see the the subtraction of our sources and the division of our desires.  Nevertheless, this is how our Father in Heaven uses The Mathematics Of Life, such as:
For those who think Leadership is their Divine Lordship & Domain, even within the law, we all must remember they would have no authority if it were not permitted from above.  Ultimately, leaders will give account on the Day of Judgment.

My brethren, be not many masters, knowing that we shall receive the greater condemnation. James 3:1, King James Version

It is from this perspective that we must account for everything as a temporary affliction because everything is momentary in the spectrum of Eternity.

As we grasp His Eternal Promises, we will also witness His Faithfulness.  Faithfulness is the cry from many hearts in a land of broken promises, pledges, and pacts.  For those who are faithful through the trials and tribulations unto death, there awaits a Crown of Life.
His lord said unto him, Well done, thou good and faithful servant: thou hast been faithful over a few things, I will make thee ruler over many things: enter thou into the joy of thy lord.   Matthew 25:21,  King James Version

I would like to thank Jaynie Wiggins for her invaluable help & assistance in keeping everything straight on the Tannehill family lines. Her great grandmother,Mary Asborine Tannehill, married (her first and only marriage) Charles Augustus Jung, who went by the surname of Young, on Sept. 17, 1871 in Ft. Scott, Bourbon Co. Ks. and had 8 children.