I have begun to add new Pages to Ozarks' History lately for the purpose of keeping track of my research. I have also made many of these Pages available for others looking for historical resources pertaining to the Ozarks. In particular, I am adding the rivers I have researched or in the process of researching for future writings. I intend to post more in the future.

Why?
Oftentimes, everybody has a Bucket List or objectives they always want to see or encounter in their lifetime. I am one of those people who may have an odd taste in observations. Ever since 2012, I’ve had a list of Ozark river surveys I've wanted to study, and I have made it my goal to get a copy of each report. One of my lists comes from an 1881 publication from the U.S. Army Corps of Engineers Annual Report detailing all the Maps, Surveys, and Improvements throughout all the rivers in the Ozarks. I usually have a printed copy near at hand for a ready reference at any time. Though it may look a little stained and worn, it is a document that helps keep my focus. And yes, I even keep a copy of the Report on my cell phone. 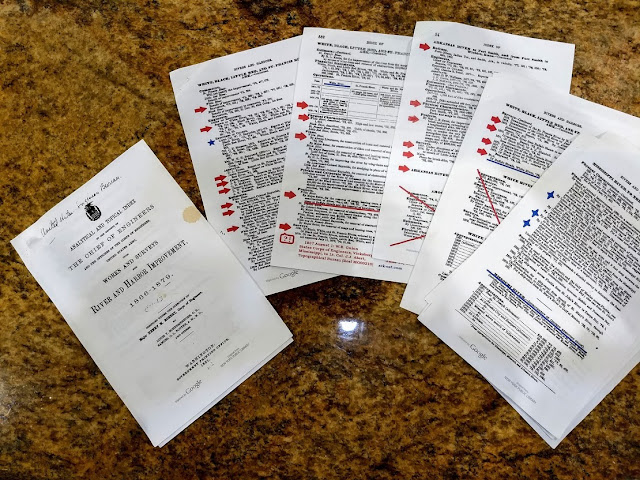 On the bottom of one of these pages, there is a reference to
an 1836 Survey of the White & Black Rivers in Arkansas. 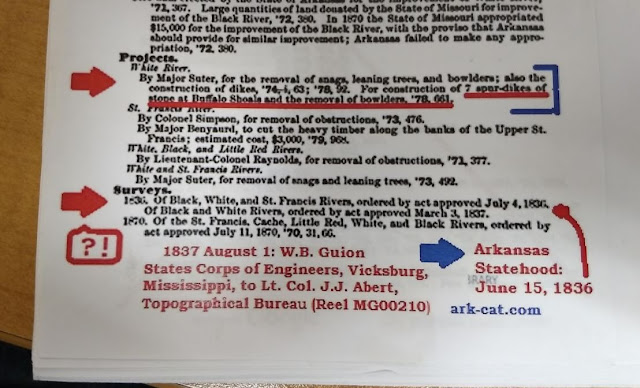 The year of 1836 is not only significant due to an Act of Congress delegated the impetus & funds for the survey, but it is also the year the Territory of Arkansas became the 25th state in the Union. Lately, I have been looking to get my hands on this document, and I would love to say it was my historical prowess that captured this elusive document. In reality, this was not the case, and I was blessed to stumble onto the document while researching something totally different. 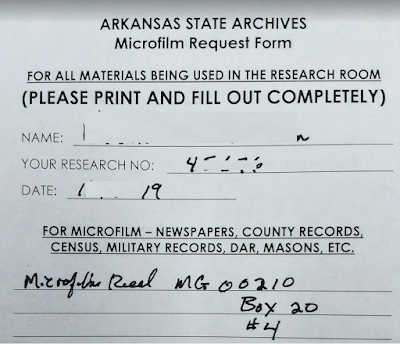 The name Guion is a well-known along the White River in Izard County, Arkansas. When I first spied the name, I thought maybe I had an interesting new connection or nugget of information. To my dismay, it was only a coincidence, and the town of Guion has no association with the captain.

Verification is a valuable lesson, and it is always a treasured friend in researching history.
Note to self: Never assume...because the facts tend to bite on the backside. 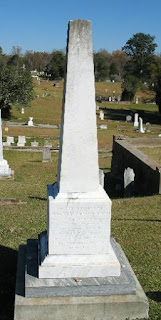 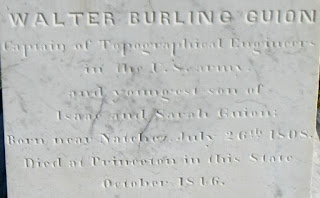 Guion's assistant at the time was a 25-year-old gentleman named Mr. Joseph. Dana Webster (1811-1876). After the White & Black River Survey was completed, Mr. Webster joined the U.S. Army Topographical Engineers in 1838, and he served as a 2nd  Lieutenant. Eventually, Webster climbed the rank and file of military service, and he became Ulysses S. Grant’s chief of staff for a brief time. After this stint, Webster rose to the rank of Major General during the Civil War.

Transacting a survey in 1836 was not always a pleasant adventure, and the exploration was sometimes fraught with sickness. As Capt. Guion details:


I directed my assistant, Joseph D. Webster, Esq., to proceed to a certain point on
Black river, and there make the necessary arrangements for commencing the survey,
intending to join him as soon as practicable. Ill health, however, detained me [Guion]
several weeks on the Mississippi, and again in Arkansas, in consequence of which I did
not join Mr. Webster until he had completed the examination of Black river to its
junction with White river.

White River Features
Another reason to get a copy of the 1836 Report is to look and compare for locations detailed along the White River. The river's "rugged character" and features detailed the depth of the river in strategic locations, "numerous rocks, some firm in chains and in isolated masses," "bars of fine sand and gravel" along with the many bluffs, ledges, boulders, snags, and sawyers.  Capt. Guion list familiar locations, and some are still a bit elusive:
Some of the location names are recognizable, but for the moment, a few of the names are a bit elusive. For example, below is an snippet from an 1888 Map of the White River from the U.S. Corps of Engineers. Within this general area is a location Capt. Guion called Tour's Shoal in 1836. I'm thinking it was probably Batesville Shoal. If anyone is familiar with this name and the exact location, please let me know. 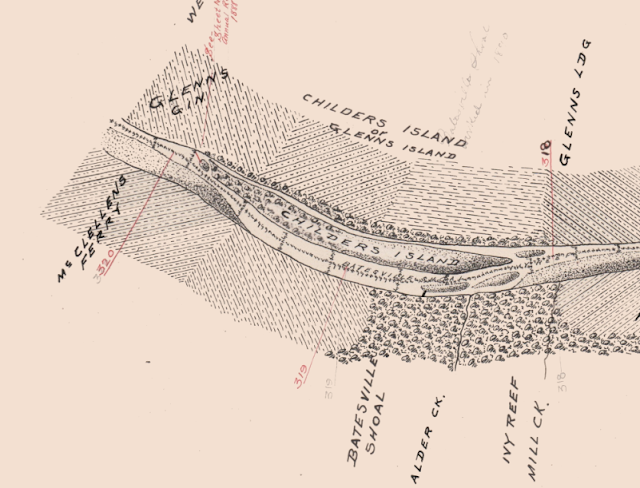 Black River Features
Additionally, a few locations or landmarks are mentioned in the Black River Survey including the  “the Big and Little Rafts." According to the Survey, these rafts did not seem to be as extensive as the rafts on the St. Francis River in northeastern Arkansas or the Red River Raft in Louisiana. As a side note, the raft on the St. Francis River was eventually removed in the latter 1880s.

River Hydrology
Another dimension I have been pursuing is the hydrology of the Ozarks' rivers. Learning the nature and hydrology of the Ozarks' river can give us a glimpse in the past. It may assist us on the reasoning of why settlers determined to homestead in certain locations along the river, plant their crops in specific areas,  and where they encountered significant loss or gain. From official Topographical Records, we can read about past floods affecting the Ozarks, and these reports will soon be added to Ozarks' History pages. Additionally, I will add secondary sources such as newspaper clippings. For example, the Upper White River Valley was inundated with a heavy raining season 10 years prior, in 1826:


We learn from White river, that the oldest
settlers on that river have never known it to
be so high at any former period, as it was in
during the late extraordinary rise. Bottoms that
have heretofore been considered secure from
have sustained by the distressing loss of people
have sustained by the destruction of their
crops, many of them have lost great numbers
of their cattle and other stock.

A gentleman from Izard county, informs us
the Little North Fork of White river was
sixteen feet higher than it has been since the
I first settlement of the country.